Evaluate Your Books & My May 2020 Results 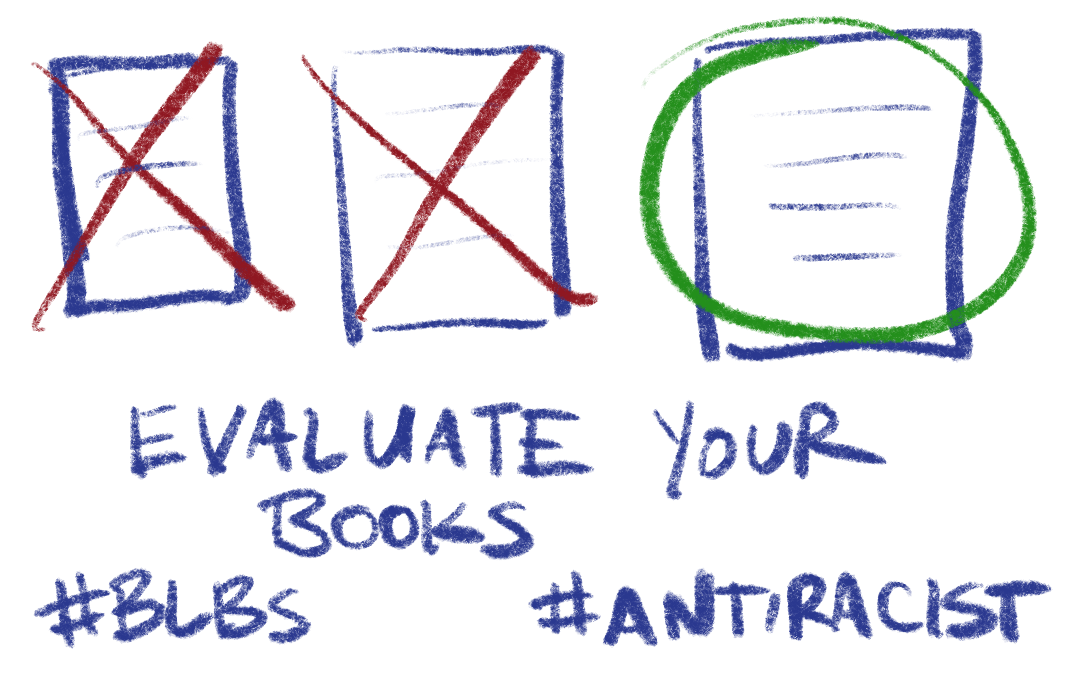 Each month I update the BLBS Ruckus Maker Tribe on my results. I’ll get to that in just a second …

Since we’re talking about measuring results, here is one simple (but not easy) step to take in your school to make it more equitable.

I wrote in The Better Leaders Better Schools Roadmap how a Texas history textbook described slaves as workers. You can look at the source article from the NYTimes here.

What kind of workers were they McGraw-Hill? Were they minimum wage? Did they have stock options or other equity in the company?

Hell no! They were slaves. Brought to the USA against there will. Made to work for free. And as a bonus — slaves were raped, beaten, and ripped from their familes if sent to a new plantation.

Described as workers? That ? is racist and irresponsible.

How did this book ever get approved?

McGraw-Hill eventually changed the caption, but it highlights some major problems.

We all know history gets written by those in power.

Many school districts still celebrate Columbus Day. I never really thought of it as a big deal, that is until I read Columbus’ diary in Howard Zinn’s A People’s History to the United States. Columbus’ diary is a primary source. He wrote it. In the diary, he explains how when he met Arawaks of the Bahamas:

“They would make fine servants … With fifty men we could subjugate them all and make them do whatever we want.”

With that kind of perspective of people, he hardly seems like someone to celebrate.

The texts you use in your curriculum may or may not be overtly racist. Those should be the easy texts to find and replace.

Another helpful consideration — who is writing the texts?

When I looked at the Mastermind book list I realized something. All of the authors were male and most were white. That had to change.

I have included more female authors, but not enough non-white authors. I still need to do better.

Years ago I asked the mastermind to question the traditions in their schools. I believe many traditions are rooted in racist policy. Those are easy to spot. If you listened to Marcus Campbell’s podcast on this antiracist podcast playlist, you know that he changed discipline, dress code, and access to rigorous courses. Racist-traditional policies are easy to spot.

But what was I going to question?

I started BLBS in 2015. What traditions needed changing? Which could be made better?

If I cared about equity in education, where was that showing up in the guests I interview?

So I made a real effort to include more female and leaders of color on the BLBS podcast.

Then there is The School Leadership Series which I started in March of 2018. Maybe I didn’t have to be the host?

My proudest moment in 2019 was inviting 12 other educators to share the mic with me, to speak their truth, amplify their voice, and to help Ruckus Makers listening to the show level up. That plan was a success.

How do I know? The downloads continue to grow (see below) and for Season 3, I doubled the size of the team to 24 leaders. 50% of the team are leaders of color; 46% are women. You can subscribe to The School Leadership Series on iTunes or Spotify. If you have an Alexa device, you can enable it as a skill.

Sometimes I wonder why as a white male I am open to exploring my privilege. It certainly wasn’t how I was raised. My eyes were opened in college and then I think my experience as an educator serving mostly black and brown communities changed my heart.

“People are hard to hate close up. Move in. Speak truth to bullshit. Be civil. Hold hands. With strangers. Strong back. Soft front. Wild heart.”

Alright … so what were my May results?

It was a great month. One 1:1 coaching client transitioned off and I lost some email subscribers but mastermind filled up, downloads increased, and revenue was off the charts.

Here are some past month results:

If you’d like to set up a personal or school dashboard, talk OKRs, productivity, or anything leadership-oriented email me: daniel@betterleadersbetterschools.com

I have capacity to serve 6 more leaders 1:1. The mastermind is full, but you can fill out an application and get contacted when an opening is available.