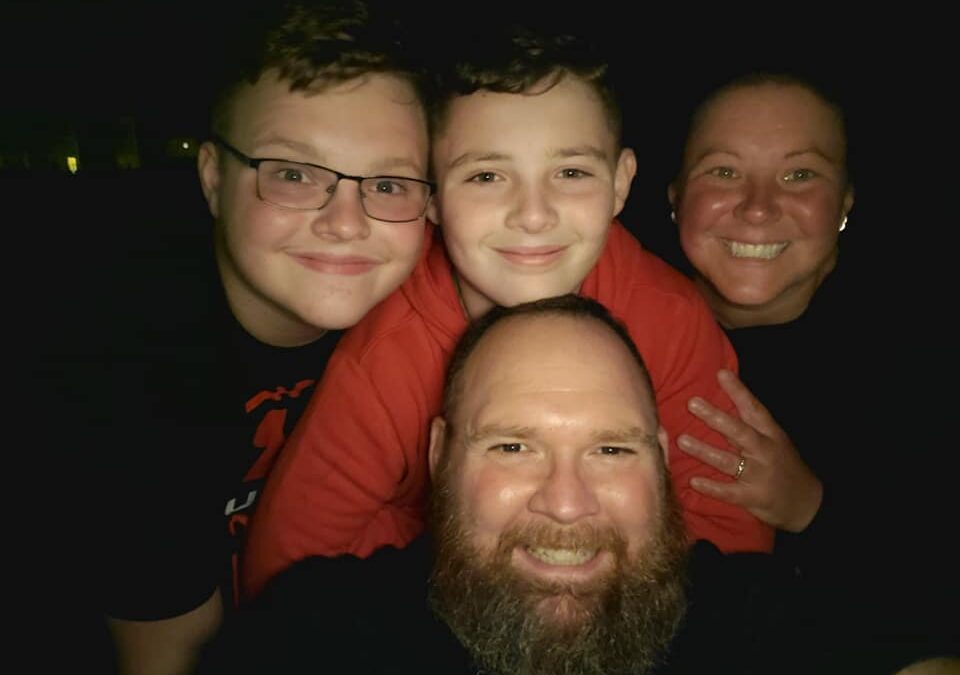 Dr. Chris Jones is the principal of Whitman-Hanson Regional High School. He has two boys and an amazing wife. He also is a podcaster and has a book releasing in early 2022.

When Chris and I started working together he wanted to become more organized and efficient. But after getting to know Chris, I discovered what he truly wanted was to learn how to lead in a way that felt authentic.

Since we started working together in the mastermind, Chris has:

Where are you in your leadership these days?

When I met Chris Jones, he was a husband, father of two amazing boys, and a principal confined to checking off checklists each day.

Don’t get me wrong … checklists can be powerful.

We read a great book in the mastermind called The Checklist Manifesto by Atul Gawande. I highly suggest it.

But that wasn’t the kind of checklist Chris was using.

Chris was focused on the district checklist that told him WHAT TO DO every single day.

It left no room for creativity.

It left no space for passion.

But Chris wanted more from himself and the results he wished to create as a school leader.

He wanted to not only create more value for his school community, but he also wanted to do it in an authentic way — one that felt like he was being himself versus a cog in the system.

Chris felt frustrated when I met him at a school leadership conference in Philadelphia in 2017.

He told me, “I was just trying to get things done. To stay in front of everything. But you can never stay in front. I would check the boxes, do what I had to do to get as much done as possible, but I was so stressed out because I could never stay ahead.”

But once he met me in Philadelphia, everything changed.

“I wanted to become more intentional as a leader. I wanted to be MYSELF. I’ll be damned if I can’t be myself where I work. This needed to change.” Chris told me. “You showed me the path.”

Chris was a part of countless committees, state associations, and participated in all the professional development he could enroll himself in.

But what Chris found was disappointing.

Chris wasn’t finding anything that would help him be more intentional, effective, and authentic.

He thought if people always think this way, they should just quit.

But he challenged himself to find an opportunity to take his leadership to the next level.

“Your session in Philly had an interesting title. Something about how leaders could get more done in 3 months than they usually did in a year.”

After meeting me at the conference, Chris made a decision that would change EVERYTHING for him.

He joined the mastermind.

One thing about Chris that makes his story UNIQUE is that joining the mastermind wasn’t difficult at all. In fact, he told me that when we spoke about him joining as he was driving home from work one day, he just KNEW he did something special.

But he almost quit the mastermind a little over a year after joining.

“There was another member I found annoying in the mastermind. And so I asked myself, ‘If this person is annoying me … what was my role in this?’ The person’s behavior reminded me of some negative experiences in the past, so it wasn’t actually the person that was the problem. I realized my past was holding me back. So I used this experience as an opportunity. This person was my teacher on how I could reserve judgment and express more empathy toward others. Once I switched the focus from her to me, everything changed.”

And that lesson has had led to important results in his school as well.

One thing that makes Chris a special kind of RUCKUS MAKER is that he now embraces challenging people within his school.

Chris leverages people that disagree with him in order to be a better leader.

“My critics show me the way forward. You helped me see how they are a gift. An opportunity …”

By leveraging the doubts, fears, and objections of his critics, Chris builds professional development experiences that address those issues as well as improve his communication skills so they become bulletproof.

“My critics shoot holes in my thinking. Rightly so. Instead of taking it personally (that was my old way of operating), I now see it as an opportunity for growth. It makes my communication bulletproof.”

That’s a GREAT leadership lesson: Your critics aren’t the problem. Your preparation, communication, and blind spots are the problems!

What a lesson Chris learned by experiencing someone in the mastermind he once considered annoying.

But by looking within and identifying where he could grow, Chris turned this challenge into an opportunity. This is a great example of self-awareness and high emotional intelligence.

QUESTION: How might you turn annoying people and/or your critics into an opportunity for growth?

But that’s not all Chris learned in the mastermind.

Back in Philly, he thought I was going to teach him about organization and efficiency.

And yes, I touched on those topics.

But I was really teaching him was to how to elevate the most meaningful work he could do each day over the mundane items he was focused on.

Chris found a way to shift from the bureaucratic checklists to meaningful work that would improve his culture, community, and student achievement.

Chris has found a way to be PRODUCTIVE vs BUSY as a principal.

For example, one item that was not on his checklist was to immediately change the structure of his faculty meetings.

He made them more faculty focused and instead of going through a laundry list of administrative “to-dos” that can be sent via email versus read to his staff, he changed his focus to serving his faculty.

Funny thing about this approach: once you focus on serving and solving the challenges of your faculty … they will do anything for you.

Chris considers himself a “teacher-first principal.” His assertion: by focusing on the needs of his staff, his vision for the school and the student experience are both ELEVATED.

Not too bad, huh?

And with this increased scope of influence, Chris is able to help more school leaders lead in a way that feels authentic and drives better results.

I asked Chris if he had any advice for principals that are just like how he used to operate — stuck checking off the “to-do” list and constantly busy without creating anything remarkable at their schools.

His advice: “Find a group of leaders to connect regularly with. A group that will support, challenge you, and hold you accountable. Because if we accept the status quo, there’s no way we can improve ourselves and improve education in the way it needs to be worked on.”

Ready to Level Up?

Maybe you don’t desire to be the President of your state’s Admin Association. That’s okay.

You can still lead just like Chris and move from monotonous checklists creating little value for your school to greater impact and results, all while doing it in an authentic way.

Join 75+ leaders from countries all over the world who participate in weekly professional development that dives deep into educational leadership.

Apply to the mastermind today!