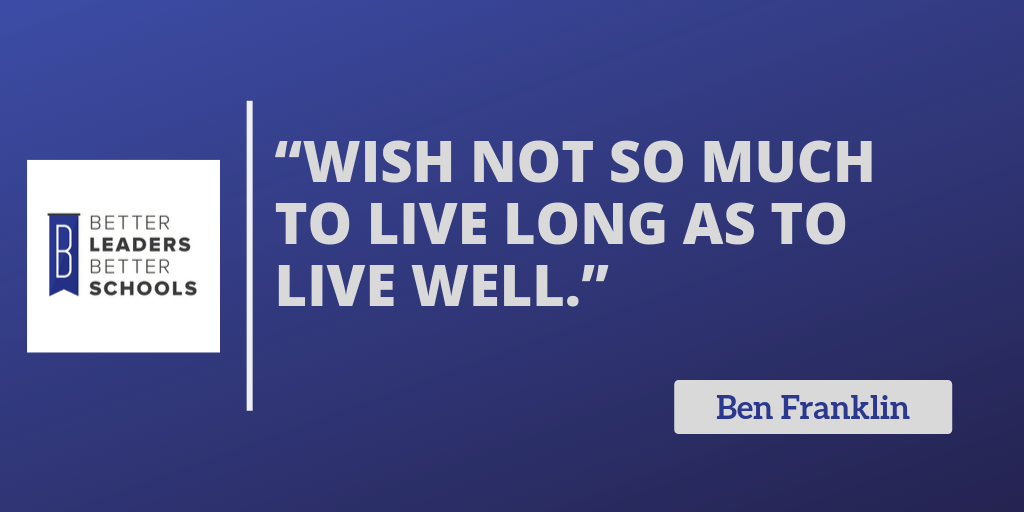 Ben Franklin wrote Poor Richard’s Almanack under the pseudonym “Richard Saunders” and from 1733 to 1758 he dispensed useful and timeless wisdom to its readers.

Here are five quotes from Poor Richard’s … that are as true today as they were over one hundred years ago.

Modern school leaders would be wise to heed the advice found below.

“Better slip with foot than tongue.”

Words are a powerful tool. Too often leaders speak quickly instead of listening first, only to say things they will regret later because they lack patience and emotional regulation.

Epictetus famously said, “You have two ears and one mouth. Use them in that order.”

“Love your Enemies, for they tell you your Faults.”

Here is a paradox: A teacher comes to the principal’s office and wants an unruly child to never return to her classroom. The principal’s solution is to work harder, get to know the child, and give them a second chance. But that same principal is quick to put an unruly teacher on a professional improvement plan and help her move on because she “doesn’t have a seat on the bus.”

What if you were grateful for the people who challenge you the most? What lessons could you learn from all the critics and naysayers? At least these “enemies” are willing to tell you when your plan stinks.

Too often we blame time for the reason we don’t get something done. My observations and self-reflection have shown me that really we should blame our poor use of time and lack of intentionality.

If you don’t already time-block, this post will help you build an ideal week.

In the mastermind, we recently finished Measure What Matters.

My favorite quote from the book:

“Ideas are easy. Execution is everything.”

Don’t be an armchair quarterback. Roll up your sleeves and do the work.

“Search others for their virtues, thy self for thy vices.”

We all have a powerful inner critic and need to learn how listen to that voice even less. That said, we don’t need help from others (especially our leaders) to focus on what we’re doing poorly.

To be clear, I’m not saying avoid accountability and tough conversations. What I am saying is look for the good in everyone first.

The second part of the quote is just as powerful, but even more difficult in my experience. We all have blind spots and the best way to eliminate them is to have a personal board of directors that will shoot straight with you.

Starting today through November 14th we are running a deal on the mastermind. Ben Franklin is on the hundred dollar bill so that is our gift to you — $100 off monthly mastermind membership.

You can apply to the mastermind on this page. We’d love for you to join us.

Questions? Ask me: daniel@betterleadersbetterschools.com or 312-788-7595