When Dave Burgess set out to write his first book, Teach Like a Pirate, he quickly ran into some barriers put in place by publishing companies that wanted things a specific way. He had already spent years honing the ideas in the book, presenting them at conferences (dressed as a pirate), and felt there was no need to change the message. He could have stuck with the publisher, given up some equity, tweaked some ideas, but instead, he chose the path of a ruckus-maker.

Dave decided this was an opportunity to disrupt the publishing industry, and instead of going around the barriers, he decided to break them down and move through them. Fast-forward to today, he’s a New York Times bestselling author, a premiere speaker, and has his own consulting company with a publishing arm aimed at “elevating the voices of powerful, passionate, and enthusiastic educators.” Not bad for making a ruckus. 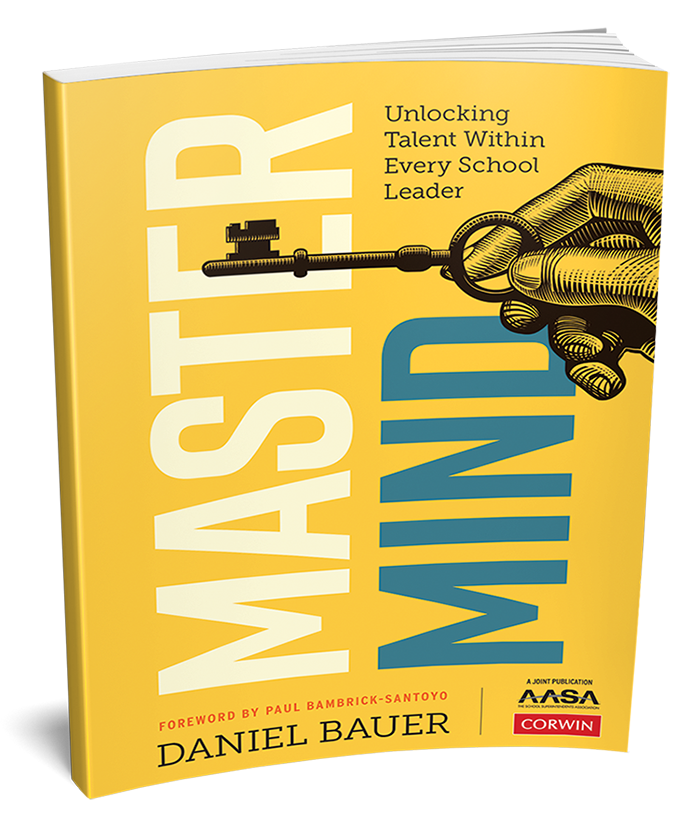 Now, switch gears and think about your situation. What needs to be disrupted? Are there barriers that exist for you? Your faculty? Your students? How can you help dismantle them? How can you create paths to elevate the voices of those in your building?

Take the next step. And then the next.

One thing I admire about Dave’s vision is that he didn’t stop after his first victory. After the success of his book, he could have ridden that wave for years.

However, Dave describes the book as just the start of the conversation. The book gets its readers in the door, but the real impact comes from bringing readers together, having them discuss the ideas, questioning each other, wrestling with new thoughts, and most importantly, taking action.

What’s the last book you read? Was it a leadership book? Something about productivity or time-management?

Now, think about how many ideas from you’ve taken action on. I’m not going to lie, this has been a struggle for me for years. Even to the point where I was avoiding reading these types of books because of the guilt, I felt a month after finishing one and not putting anything into practice!

But lately I’ve been improving. I’ve been taking the next step. What changed? For one, I joined the Mastermind and read the same book with other leaders. We challenge each other with the concepts we are learning and provide motivation and accountability for taking action.

I’ve also changed my mindset, and instead of trying to implement everything I learn, I pick one thing and start with that, similar to the snowball method mentioned by Dave in the episode.

And lastly, I’ve opened up time to reflect on how I will put it into action, and what impact the changes I put into place are having. It’s not perfect, and there are many failures along the way, but I’m choosing to continue to take the next step.

Is there space you can create in your day to focus on one action? Are there people in your bubble who could benefit from this type of time, or a group who would gain from talking through what they’re practicing? Can you create this space?

It may be the one thing that’s missing from an educator’s life that is keeping them from becoming great. What if, on the next division inservice day, instead of filling it with formal sessions, you invite the neighboring schools and teachers to come and talk, collaborate, and find ways to share knowledge? Do you think it would be a waste of time, or do you think many of them would learn something and then take the next step?

So you’ve made some changes. You focused on one thing and have some momentum going. You even walked by the teachers’ lounge the other day and overheard some positive discussion around that idea you’ve been putting out there. So how do you create systemic change, something bigger than just your office/school/division?

In the podcast, Dave described when he discovered that hashtags unlock the power of Twitter.  Since then, each book or big idea gets a hashtag, which can be followed, added to, and inevitably, assists in creating a movement.

The beauty of hashtags is that they boil a concept down to a simple word or phrase. It’s easy to notice, easy to follow, and can be added to other thoughts to provide a little extra oomph and familiarity.

If you are trying to create a movement, it may be helpful to first create a hashtag (or a tagline). At its core, what is it that you are trying to accomplish? Can that be turned into a word or short phrase? If so, start adding that to the longer, more detailed ideas. When people see that hashtag associated with something you are saying, they will know that it ties back to your core message. When you see others start using it, adding to it, claiming it, you know you’re onto something.

Don’t be afraid of letting others in. Dave reminds us that “we need makers, not memorizers; creators, not consumers.” You don’t need minions running around repeating everything you say. So when others take these ideas and start creating, start making change, show them the stage. Shower them with support. Cheer them on like it was their idea from the start. You’ve created a movement!

Jesse Rodriguez is a curious educator, dabbler, thinker, husband, and dad who believes that the best seat in the house is often found behind the scenes.